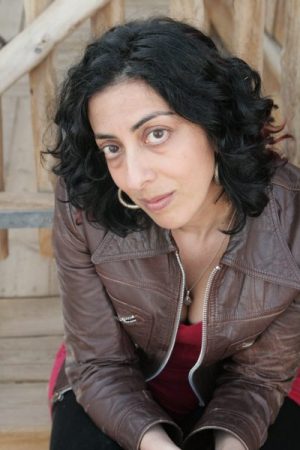 I began writing before I knew how to write. As a child, I used to draw comic strips and narrate the story to my siblings and cousins. As soon as I learned the alphabet I began writing stories, poems, plays and scripts. I did not choose writing; it had chosen me, presented itself to me as an answer to a question I had not yet known to ask.

At the age of ten, after my father passed away, writing became more urgent. I wrote because I didn’t know what else to do. Because it was the only thing that made sense. Because immersing myself in words was a distraction from grief, from missing him, from my life. Because being able to articulate my emotions, to create alternate universes and populate them with characters I cared about, provided comfort. Writing was survival.

These days, writing is where I take risks, where I dare to feel deeply, allow myself to try and fail and try again. Every time I sit at my computer to write I am walking at the edge of a cliff. I jump, and there is no safety net. And I feel badass, dangerous. Alive.