The North American premiere of my play The War of the Roses, based solely on the original novel, has opened at the Delaware Theatre Company in Wilmington to spectacular reviews. It avoids using any of the brilliant changes concocted by the screenwriters and director that made the movie an enduring hit that plays somewhere in the world on TV on any given day and is streamed again and again.

My sequel novel, The Children of the 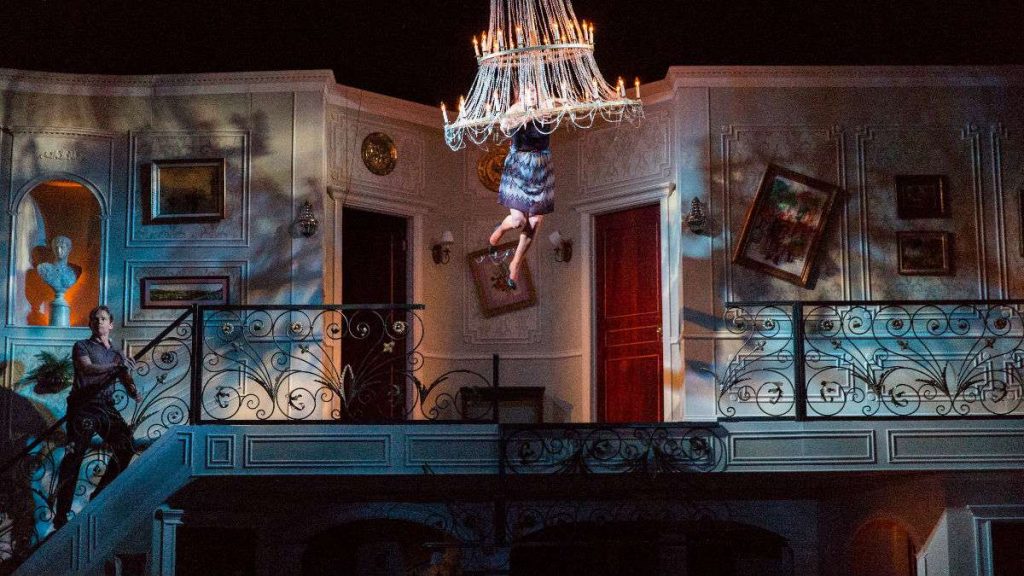 Roses, is now heading to the silver screen, currently in production with Grey Eagle Films. The sequel deals with the aftermath of a messy divorce, the impact on the two offspring of the Roses and the lingering effect on their grandchildren. For those who follow celebrity divorces, Angelina Jolie and Brad Pitt come right to mind. They are said to be concerned about the necessity of protecting the lives of their six children from a protracted and ugly divorce, known worldwide these days as a “War of the Roses” divorce that might become a destructive and traumatic experience. Ironically, in going over casting possibilities for the Broadway production of my play, the Jolie/Pitt duo were seriously considered as lead actors. Go figure.

I’m amazed at the strange journey of The War of the Roses written more than forty years ago. Of all of my more than fifty novels, it has found its way into the world’s mainstream and become a brand name for domestic strife and divorce.

Essentially it is a work of the imagination, a cautionary tale of how possessions can distort one’s perspective on what is really meaningful in a marriage. It is miraculous that it has lost none of its punch and it is an author’s dream to have their work live on long beyond its launch date.

Above all, an author’s goal is revelation through storytelling that plumbs the depths of the human condition and offers insight into the central question of “what happens next?” The novel is the ideal medium to allow an author to plumb hidden truths through the minds of imaginary characters that reveal the impetus of their motivations as they wrestle with life’s joys and calamities.

Material for these stories are everywhere and the novelist’s job is to find them and render them for readers through language, logic and style that keep them interested from the opening line to the 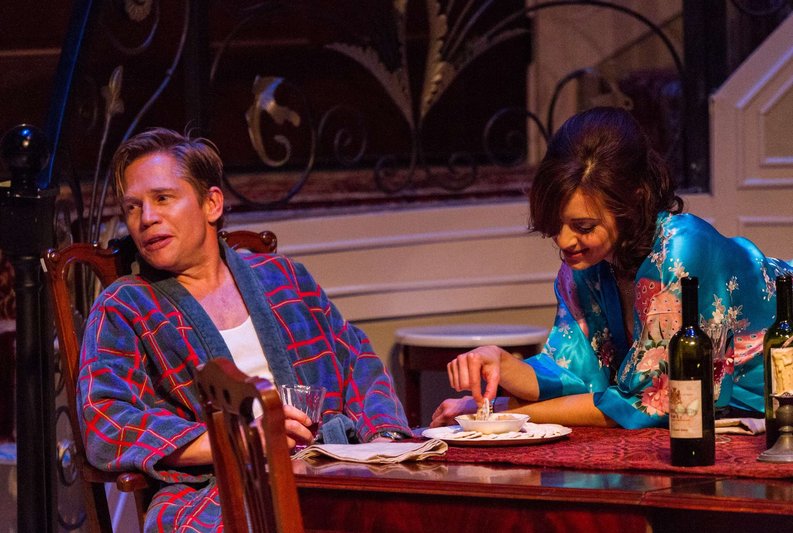 last. There is no way of knowing in advance how readers might react, which makes the author’s work speculative and risky. Most novels, even runaway bestsellers, fade quickly and are rarely heard from again. Frankly I am humbled by the lasting power of this work and it has encouraged me to take stock of the long term fate of my work which underlines the reason I chose to set up my own publishing company more than twenty-five years ago after twenty-seven of my books were published by traditional publishers. Under the banner of Stonehouse Press, the number of novels I have published have nearly doubled and at this moment ten of my books are in development for television, film and audio.

I have learned through the adventure of the publishing history of The War of the Roses as an original novel that the possibilities of endurance through other mediums via the technology highway offer unique opportunities for the committed novelist. Of course, such a fate is totally unpredictable and often depends on the mysteries of word of mouth and luck.

In The War of the Roses I set out to write a book about the hazards of putting too much faith in acquiring “things” and how people can become slaves to them and destroy their once loving relationships because of them. Most of the people who championed this book from editors to movie producers were divorced or in deep agreement with the book’s philosophical underpinnings.

Beyond the book, the movie introduced a massive interest and I have encountered many people who actually quote lines from the movie and the book. I have come to believe, too, that perhaps one of the secrets of the story’s endurance extends not only to the bitterly divorced but to those who live in stable marriages who may often fantasize about those thoughts and outrageous actions which motivate the fictional Roses but pass quickly as brief anomalies rarely followed up by action. 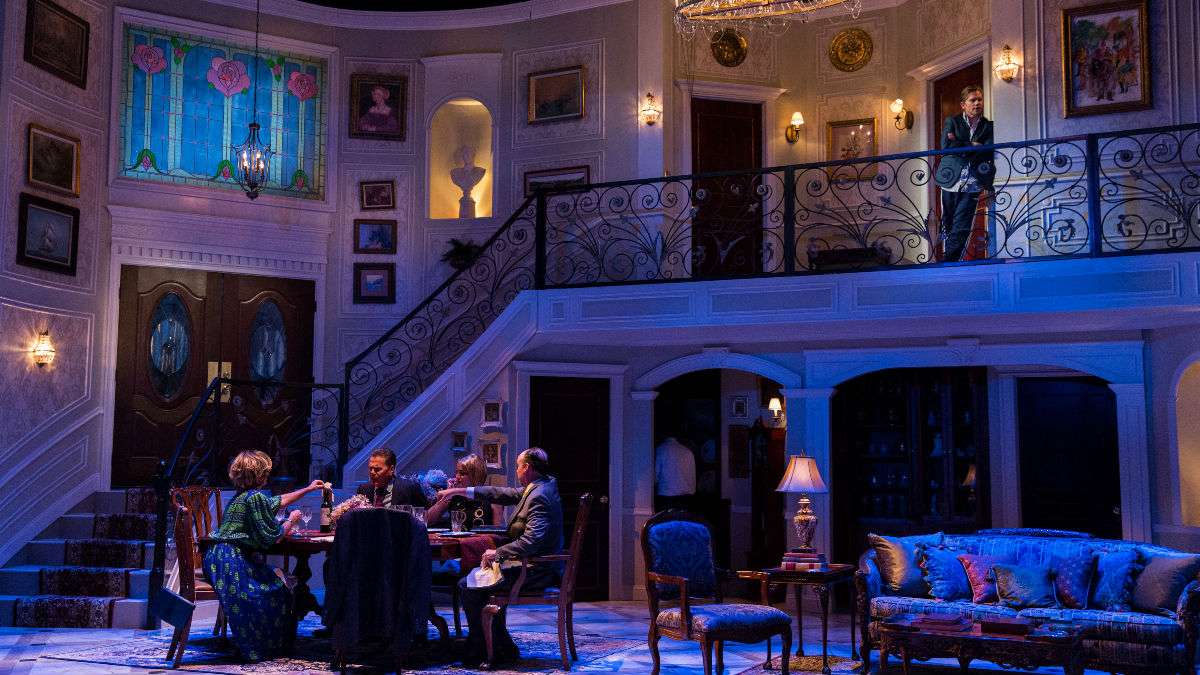 Now comes the theatrical contribution where the initial critics offer these lines of reaction to the play:

“Warren Adler adapted his original novel for the stage, and 30 years on, this tale reveals more about our culture than it did in the late 1980s… Never has a generation of Americans so much indulged the joy of destruction, with each blockbuster earning applause by wiping out cities with war, alien invasion, and natural disaster.” (The Philadelphia Inquirer)

“Though the novel was written 40 years ago, the issues and hijinks ring as outrageous and yet relatable as today. The Roses are ruthless, but you can’t help but love them.”(DC Metro Theater Arts)

“The War of the Roses is the perfect guilty pleasure.” (Delaware Arts Info)

I haven’t a concrete clue to what I can attribute this cavalcade of praise, but I am grateful to have, to use an obvious metaphor, planted a tree and seen it grow and branch over the years. In an odd way, too, it is a tribute to the human animal and the power of the brain to imagine and record through language. It’s a work of the imagination.

After all, I have been married for 65 years – one time only – and that counts as a lifetime. 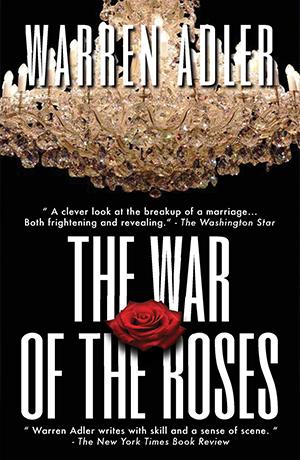 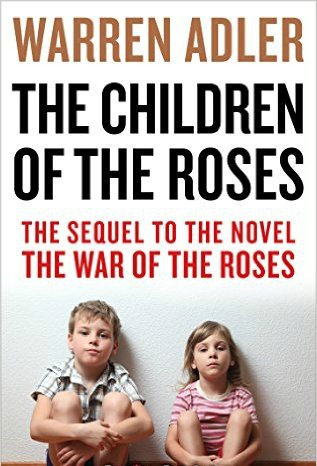