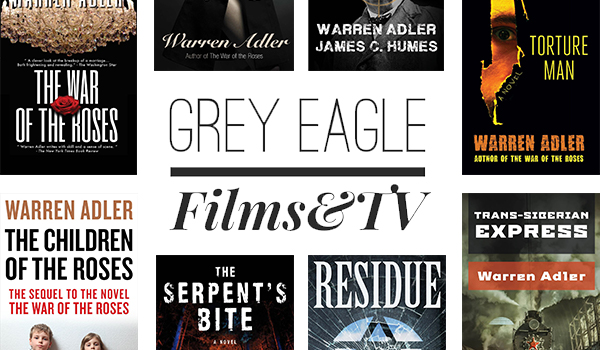 For information on how you can participate in our fundraising, contact Jonathan R. Adler, CEO here | Phone: 301-252-0069

Grey Eagle Films is seeking equity for production of up to 4 film projects adapted from the acclaimed, bestselling author Warren Adler, well-known for the enduring classic turned Blockbuster hit “The War of the Roses,” which has been a phenomenon as a novel, movie and worldwide play for almost forty years.

Grey Eagle Films has exclusive rights to all 53 Adler novels and 100 plus short stories with eleven projects currently in development: seven films and four television series. Our plan is to begin producing up to four “lower budget” independent films utilizing funds from this Grey Eagle Films production raise with emphasis on an eventual pivot to “TV”, if the opportunity for a successful digital partnership arises.

Led by an established worldwide brand and streaming platform opportunities, we are able to greatly reduce risk with a diverse slate of projects while still swinging for the fences.

We believe that our unique stories will open up new areas of opportunity in the content-starved, worldwide entertainment business. Our research has shown that unsuccessful film production raises are loaded with overhead, frivolous expenditures and unsustainable promises, but our Grey Eagle Production raise has no corporate fixed salaries or overhead and no wasteful expenses.

You can explore our projects below.

“This much should surely be said about The War of the Roses: it promises to take the gloves off, and it delivers.” –The New York Times Film Review

“The War of the Roses becomes a deliriously mean-spirited free-for-all in which nothing – not the pets, not the shoes, not the cars and certainly not the principals themselves – is sacred.” –The New York Times Film Review

The hilarious and disturbing sequel to the original blockbuster hit and iconic tale about the perils of marriage, divorce and the destructive power of materialism, The War of the Roses. The Children of the Roses is a wickedly dark satire targeting a world of entitlement, over-zealous parents, adults clinging to their youth and the continued effect of divorce on children and their children. It asks the question: are the children of the Roses doomed to repeat the chandelier-shattering legacy of their parents? 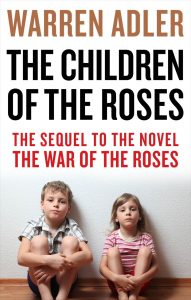 The War of the Roses; Young Adult; The Breakup; Fargo

The War of the Roses Sequel in the Works — FILM PULSE

Chandeliers Will Fall! War of the Roses Sequel in the Works! — MOVIE HOLE

Warren Adler Releases The War of the Roses: The Children — BROADWAY WORLD

When a young lawyer, Ben Silverberg, takes on the case of a firebombing at a black church in Brooklyn, the church pastor reveals to Ben an inexplicable discovery. In a walled-off area below the basement and exposed by the fire sit three massive trunks filled with gold and precious jewels. Where did they come from and why have they been buried all these years? The bizarre journey of this treasure unearths long hidden dangerous secrets, international intrigue and shocking violence that ignite a hornet’s nest of racial and ethnic conflict.

Woman in Gold; Marathon Man; The Debt; Before the Devil Knows You’re Dead

Vondie Curtis-Hall Signs Up to Adapt and Direct Residue — INDIEWIRE

In an attempt to reconnect with his two alienated adult children, George Temple replicates the memorable horse trek through the forbidding Yellowstone wilderness they had enjoyed twenty years earlier. As they are led by a drunken guide and a venal horse wrangler over potentially lethal terrain, their bonding experience quickly disintegrates. Nostalgia is corrupted into a nightmare of lust, betrayal, and entrapment as the children’s disturbing motives are revealed and dark family secrets are exposed. 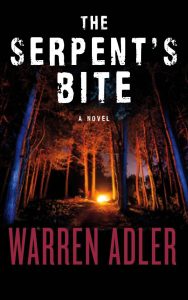 The Edge; Deliverance; The River Wild

The young daughter of prominent anti-war and anti-torture activist, Sarah Raab, is kidnapped and held for ransom by Jihadi terrorists. Ordered not to contact the police, she enlists the help of a mysterious and seemingly retired CIA operative. A man who stands against everything she deeply believes in. How far will she go against her own convictions when things get personal? 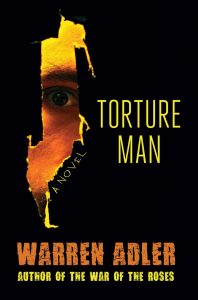 The almost-true story of a fierce single mother, artist, and life survivor, whose no-edit-button style of honesty keeps her humble but unfortunately unemployed as she goes down a rabbit hole of wildly flawed decisions until everything falls apart. In her well-intentioned desire to give her daughter a better life, she latches onto a bizarre scheme to snare a rich widower by crashing funerals. But can fulfillment truly be discovered with a little black dress? Can redemption finally be found by looking within? 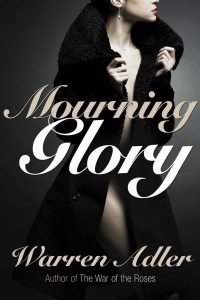