Villains abound in my novels, especially those that deal with historical events where national power is the ultimate intoxicant. Most of the time my research into the past is deliberate and painstaking. A historian’s accuracy is necessary for creating reasonably believable historical characters. But there are times when a live, chance encounter falls into a novelist’s creative file cabinet and provides a rare ray of insight into the subtle nature of villainy. I’ve watched and listened. I’ve learned mindset and observed peccadilloes. Such proximity has provided me with a gold mine of story opportunities and an infinite array of authentic and colorful characters.

A Cornucopia of Riches

I vividly remember my attendance at an event in the ballroom of the Pan American Union building in Washington D.C. The building is the headquarters of the Organization of American States (OAS). The year was 1977 and the event was the celebration of the signing of the Panama Canal Treaty. My wife, Sonia Adler, then the editor of The Washington Dossier, had taken me with her.

In the ten years that she was the editor of the magazine, which kept a vivid and complete record of the social doings of the people who ran America and the world during that time, I accompanied her on her rounds attending the most important events of that era. For a novelist it was a cornucopia of riches.

These events included numerous embassy parties, White House dinners, congressional celebrations, inaugurations and the whole gamut of Washington social life. It was a heady experience and provided me with a plethora of ideas, interactions and conflicts that found their way into many of my novels and stories about those who inhabit the charmed circle of the power brokers and their sycophants.

As to this particular event in question, it was attended by all of the heads of state of those countries in South and Central America as well as Gerald Ford, who was the sitting President and his Secretary of State Henry Kissinger. Heading the OAS at the time was my long time friend Alejandro Orfila and his lovely wife Helga.

Because my wife had her own reportorial agenda covering these events, I was free to roam about, a kind of fly on the wall, observing, conversing and trying my best to appear an official participant. In that role I had casually befriended many journalists who covered these events. One of them was an Associated Press columnist, a charming man with a great sense of humor and a long history of covering South and Central America. He had intimate and long working relationships with all of the power players in Latin America.

In those years many countries in South and Central America were run by brutal dictators, most of them military men who had taken power in a coup allegedly designed to save their respective countries from the plague of inefficiency and corruption.

Among the most notorious were Augusto Pinochet in Chile, Alfredo Stroessner of Paraguay, Jorge Rafael Videla head of a military junta in Argentina, Omar Torrijos of Panama and others of similar or related background and history. They were all in the OAS ballroom that evening. After all, they were indeed the titular heads of these countries and were accorded official recognition by the OAS.

After the ceremonial part of the event concluded the various heads of state, including the American President and Secretary of State, were free to roam and socialize in the OAS ballroom. The scene segued into a typical reception where participants and guests mingled casually, chatted informally, and in my mind, shed their official status and became ordinary social beings.

My friend, the AP columnist had known and interviewed all of the heads of state present in the ballroom. He whispered in my ear, “How would you like to meet all these killers?” His suggestion was made with a hand and arm gesture. “Blood up to here.”

My fly-on-the-wall guise became activated, my novelist instincts stimulated and I jumped at the opportunity. He introduced me to a number of these heads of state, including those aforementioned. I shook hands with each of them and they responded politely with socially aware nods and smiles. Our conversation was perfunctory and he translated my non-controversial remarks into Spanish.

What struck me, and still does in retrospect, was how ordinary these men seemed, how oddly unimpressive and average. It reminded me of writer Hannah Arendt’s impression of Adolph Eichmann and her characterization of him as a symbol of the “banality of evil.”

Augusto Pinochet seemed more theatrical than the others, perhaps less average. He was the most sartorially splendid of them, hair perfectly in place, uniform carefully fitted and smartly pressed, face unlined, handshake strong, every inch the General.

Videla, of the Argentine junta, seemed even a bit modest and shy and, I must confess, it was a stretch to envision them signing orders that caused so much misery, heartache and pain. Despite my friend’s arm gesture signifying “blood up to here” I found it very difficult to wrap my mind around the brutal murders and torture committed under their leadership. But then, I had never been this up close and personal with such perpetrators. The faces and demeanor of these men linger in my novelist’s mind as I try to connect the dots between their villainy and their personas.

They were, indeed, villains, evil, malignant scum, and yet, I could not escape the fact that we were related by species, by genetics, by a million bonds of connectivity. Perhaps the lesson here is a time worn truth expressed in the old cliché that you can’t tell a book by its cover. It seems apt, especially, for someone in my profession. 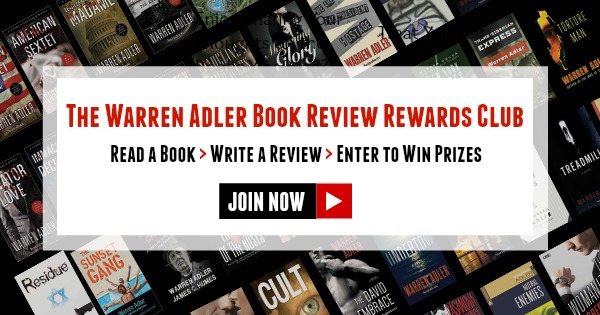