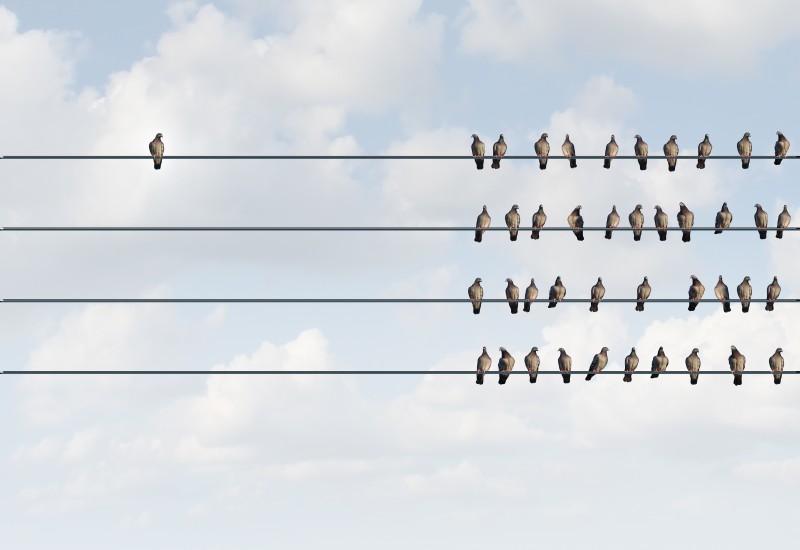 I went into the e-book and Print on Demand mode in the nineties convinced that the new technology would radically change the future of book publishing, and would allow an author a chance to control his own destiny.

By then I had published 27 novels with major traditional publishers; many had been translated and published in various languages.

I had also sold or optioned a dozen of my books for film adaptation; three were made. One was “The War of the Roses,” which starred Michael Douglas and Kathleen Turner; another was “Random Hearts” with Harrison Ford and Kirstin Scott-Thomas; and a third was a three-hour trilogy on the PBS network titled “The Sunset Gang.”

I made the decision to become an independent publisher of my own work before the Kindle and other devices had made their debut. At that time there was a growing movement for digitization and various brave entrepreneurs had jumped on board with a similar vision. The history of that period is littered with failures.

When SONY came out with the first viable reader, I was asked to make the first pitch for its use at the Las Vegas Consumer Electronic Show in 2007 along with my friend Nick Taylor, former President of the Author’s Guild. Our pitch was met with ho-hum reaction, and the reception to my subsequent evangelizing of new devices coming on the market was equally unenthusiastic.

The motivation for my own authorial decision to turn my back on traditional publishers was both psychological and entrepreneurial. The psychological was purely personal. I am a Depression baby. My father was hard hit during the Depression and it was difficult for him to get and hold a job. He was always at the mercy of others, and I vowed early on never to be beholden to others to make my living. Controlling my own destiny has always been one of my principal obsessions.

I forced myself to learn the ropes of being my own boss. I learned to be entrepreneurial by starting various businesses. I had another overriding obsession, the need to write, to be an author, to tell stories, to write novels, plays, short stories, essays, poems, the whole caboodle.

It took me 25 years to get my first novel published. Perhaps it took that long because I write only what inspires me, which is often counter to the marketplace of the moment. I can’t write formula genre fiction. I need to write in many fictional voices. I write because I must, and believe my books to be a contribution to literature.

Such wildly obsessive ambition has been both a joy and a curse, a tale of perpetual rejection, discouragement and insult, and some ecstatic breakthroughs. All careers in the arts are essentially bi-polar. Mine is no exception.

Beyond moments of joy and fulfillment of which there have been many, the obsession of control lingers. Technology offered me the gift of independence and self–sovereignty, and I jumped at it. I quickly discovered that I had hurled myself from the frying pan into the fire.

I have been both very right and very wrong in the way the digital book publishing business is playing out. I was right to believe that technology was a disrupter to the traditional publishing business. Amazon has proven that conclusively.

I was right as well about how it would impact the independent bookstores and the big box chains. Indeed, the massive mudslide engulfing brick and mortar bookstores continues, relentlessly and unabated.

It has been only seven years since the Kindle was introduced. In another seven years traditional print publishing as practiced today will be a cottage industry worldwide. It won’t die completely; Print on Demand will be the eventual mode of production and delivery for people who insist on hard copies of books.

What I was wrong about was not realizing how many millions of books would be on offer and never “go out of print;” how many wannabe authors would flock to the digital world; how many new genres would be spawned and popularized; how many people were afflicted with the same obsession to write; how many memoirs would flood the market; how easy it would be to produce a digital book and cover design; how many people would figure out ways to make a buck out of the aspirations of aspiring authors; how many free for all, often phony and self-serving reviews would clutter the digital marketplace; how cunning , creative and aggressive Amazon would be in creating its marketing algorithms and seeking market domination.

Nor did I realize how difficult and increasingly expensive it would become for a new author to be “discovered,” and how easily an established author could be forgotten.

I would advise the vast majority of authors just entering the competition not to give up their day job and look with a jaundiced eye on all the sales hype that attempts to seduce them to empty their wallets.

At the moment, the financial future looks bleak for working authors, especially the fiction writers, even those presently enjoying best selling notoriety in print publications and the brick and mortar bookstores. As the shelving space declines along with print newspapers and magazines, more and more authors will lose publicity traction and be quickly forgotten at an ever-accelerating pace.

The traditional big-time publishers, merged and consolidated by corporate bean counters over the last few decades, are shell-shocked survivors of a by-gone age. Another newly spawned cottage industry is the so-called “experts” in social media, who have broken us down to the color of our skivvies and our most intimate sexual fantasies, who claim to hold the key to the magic wand of authorial discovery. It could work for some with the time, patience and money to enter or stay in the publishing game. In my opinion the votes aren’t in for creating and sustaining notoriety, authorial branding and book sales without relentless repetition and follow up. I do not believe the hype.

Those on TV platforms, and movie and political celebrities have the advantage of exposure and name recognition in other fields, and are able to gain temporary traction to promote their books, many of which are ghost written. As for those who aspire to a niche in the literary firmament, few might make the magic crossover into the current popular culture, but most will have to be satisfied by finding their audience among academics, fellow creative writing aspirants, and in literary magazines still in existence and online, most of which have to hold out the tin cup to stay afloat.

The so-called literary establishment of cozy cliques, connoisseurs, academics, practitioners and professional prize pickers will continue to function to keep this essential cultural category alive, but they will be judging less robust offerings, not because the talent has diminished, but the pipeline is so clogged with lesser offerings that the best diamonds are covered with muck, and are difficult to detect. Forgive the snobbery. I have been schooled in the classics and the canon.

There is still a big market out there for politicians whose requirement for notoriety keeps them in the eye of the news media. But then politics has become a blood sport and as spectators we poor citizens on the sidelines are suckers for following their public combat and personal peccadilloes. Mostly their books are either campaign propaganda or a blatant pitch for historic durability. There is a market for certain types of business books, especially those that predict the doom of the capitalist system and theories for corrective action to prevent the inevitable catastrophe.

Nevertheless, amid the doom and gloom of this semi-rant, the joys and glory of authordom cannot be dismissed. Being an author is still a worthy, high-prestige occupation, and despite the odds, the self-published gain respect by putting their work out there, however large or small their circle of readers or the quality of their content and presentation.

It is not an easy thing to write a book, and one who accomplishes this feat can point with pride to see their name on a cover of a book that is, at least theoretically, open to the world. For many that is achievement enough, but for those who dream of fame and fortune the odds are lottery sized, and those who enter the sweepstakes should keep their expectations realistic with a wary eye on those who wish to exploit their dreams. As for those who join the fray to rejuvenate past success as authors, there is satisfaction in once and for all shedding the “out of print” authorial grave.

That said, I am happy to report that I am very comfortable about my decision to take control of my own destiny in the writing trade. Admittedly, it is still a work in progress, but at least in my lifetime, I can enjoy the illusion that the work that I have joyfully sweated over and created will live as long as cyberspace exists, and maybe, just maybe, it might attract a few curiosity seekers who might discover some imparted pleasure and insight that punctuated my years of swinging the literary bat.

Writers of the World – What’s Your Story? Click to Explore and Submit a Reflection 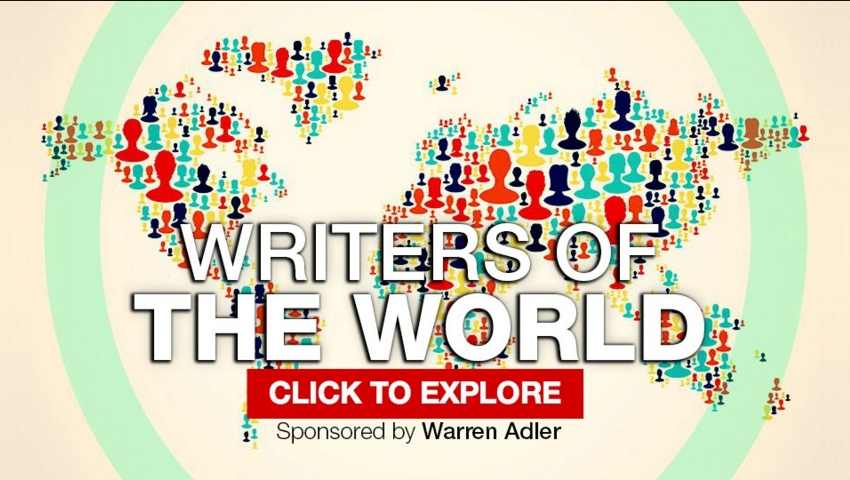